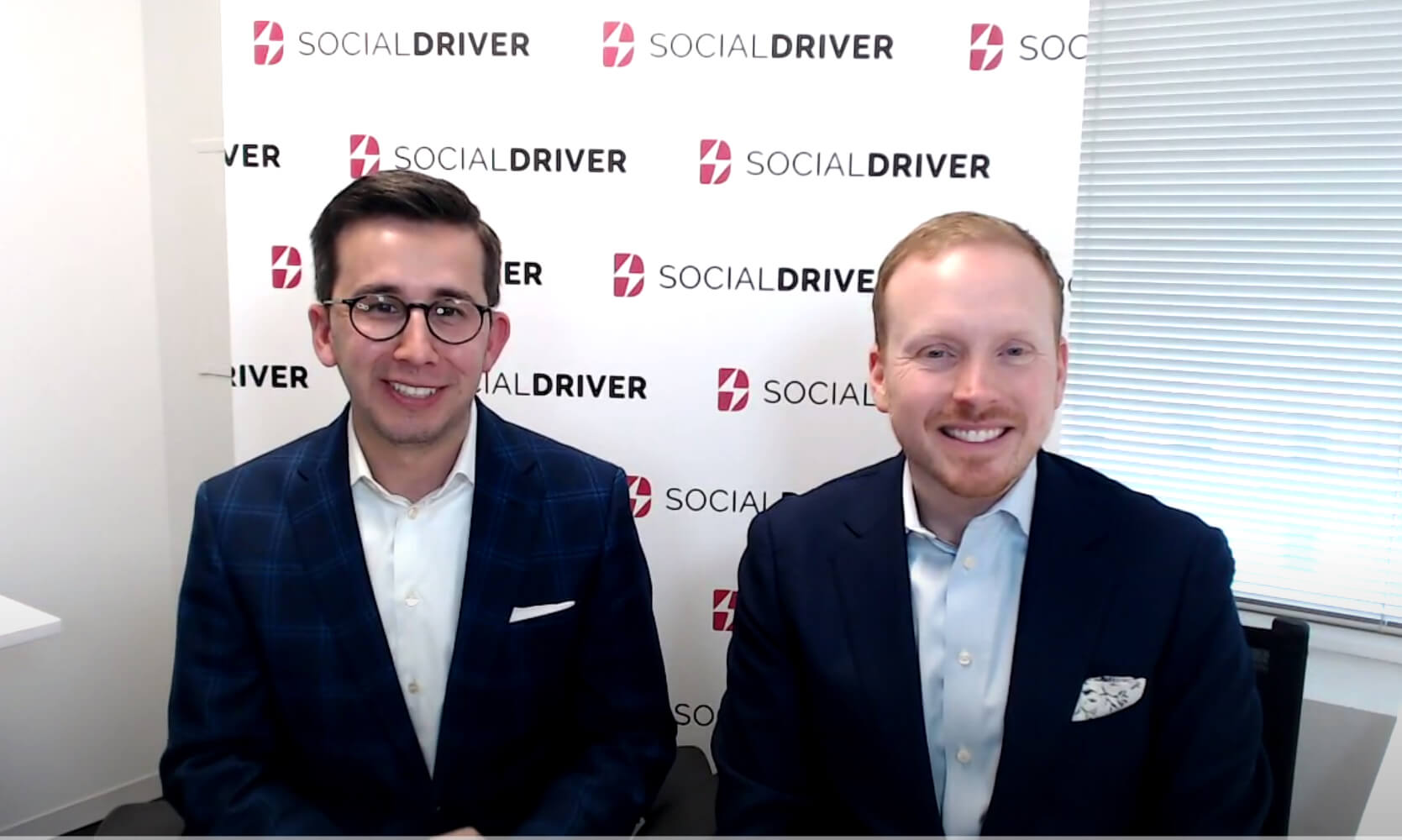 Thomas Sanchez and Anthony Shop accept the “Supplier of the Year” award from the Capital Region Minority Supplier Development Council.

The Capital Region Minority Supplier Development Council (CRMSDC) has named Social Driver as its Supplier of the Year. This selective award honors high-achieving vendors that work with corporate and government organizations. Social Driver earned recognition in Class II for its business growth and performance, community investment, partnerships with other minority-led firms and involvement with CRMSDC.

CRMDSC is an affiliate of the National Minority Supplier Development Council (NMSDC), which connects corporate and government members to vendors that are certified minority business enterprises (MBEs). Social Driver is now a candidate for the upcoming regional Supplier of the Year award.

“What puts Social Driver at the top of the list is not just the magnificent work they do, but also how they give back to the CRMSDC, as well as their willingness to help other MBEs grow by better connecting with current and potential customers.”

A certified MBE, Social Driver has done business with more than two dozen fellow diverse-owned companies. CEO Thomas Sanchez advocates for minority-led businesses and actively engages in communities such as CRMSDC, the National LGBT Chamber of Commerce and the Equality Chamber of Commerce DC Metro Area. Sanchez has also been recognized as Innovator of the Year by the Greater Washington Hispanic Chamber.

“On behalf of everyone at Social Driver, we're honored to accept this award for Supplier of the Year,” said Social Driver CEO Thomas Sanchez.

“Over a decade ago, we joined the CRMSDC community, and it was part of what inspired us to build Social Driver into what it is today,” Sanchez added. “We started the company with a mantra: ‘The future is bright, all progress is social, and the drivers make history.’ It was a call to action, optimism, and community. At every step in our involvement with CRMSDC, our fellow members have inspired us to be optimistic and to do more. The minority entrepreneurs I’ve met through CRMSDC are among the best leaders I know.”

“Minority entrepreneurs build some of the most innovative and agile businesses, because we operate at the next level to open doors and build bridges. We're locally owned, we invest in our communities, we hire diverse workforces, and we build cultures that inspire our teams, customers, and clients.”

Based in Washington, D.C., with team members in five cities across the United States, Social Driver develops award-winning brands and campaigns for clients nationwide. As part of Social Driver’s efforts to expand client partnerships with a focus on diversity, equity and inclusion, the firm recently appointed Kevin Williams as Senior Advisor, Strategic Growth.