CEO and Co-founder of Social Driver Thomas Sanchez was elected by The Trevor Project’s Board of Directors as Secretary of the nonprofit corporation. 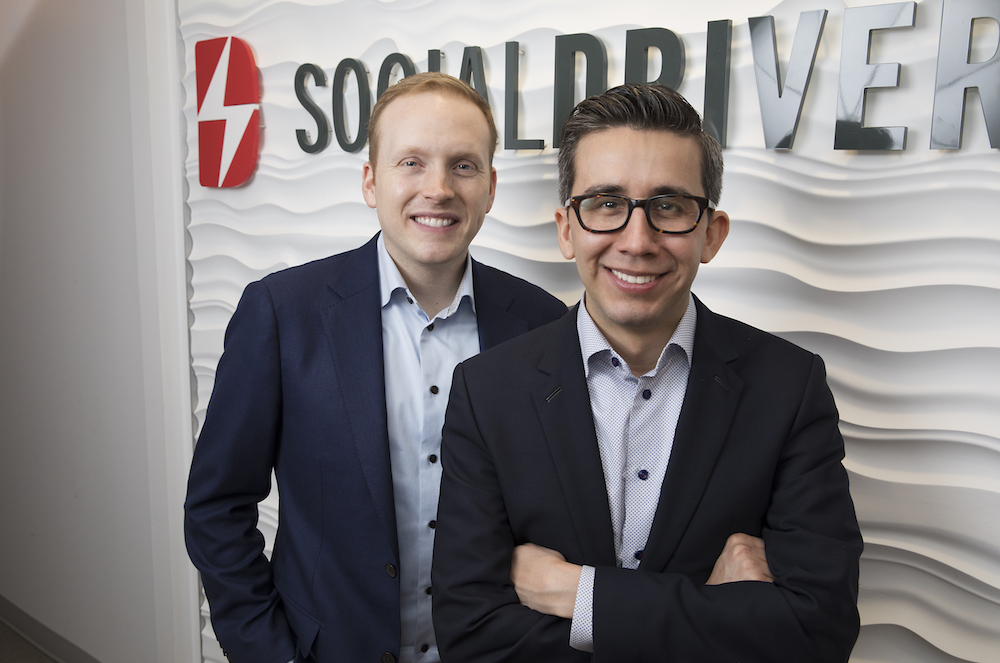 CEO and Co-founder of Social Driver Thomas Sanchez was elected by The Trevor Project’s Board of Directors as Secretary of the nonprofit corporation. The Trevor Project is the leading national organization providing crisis intervention and suicide prevention services to lesbian, gay, bisexual, transgender, queer & questioning (LGBTQ) young people under 25.

Sanchez’s personal background makes him particularly energized for the role. He grew up on a farm in Missouri, where he took an interest in computers and information technology at a young age. After a career in medical informatics as a software engineer and consultant, Sanchez founded Social Driver with his husband, Anthony Shop, who serves as Chief Strategy Officer.

“It is important for people like us to get involved. From growing up in rural Missouri to becoming successful business owners, we want to show LGBTQ youth that there are many roads to a bright future,” Sanchez said.

In the role of Secretary, he will be responsible for much of the organization’s governance. He also hopes to leverage his digital expertise to help the organization continue its efforts to be more data-driven and to digitize its life-saving services.

Sanchez joined The Trevor Project’s Board of Directors in 2016, and was just reappointed to serve another three-year term.

He also serves on the nonprofit board of Northwest Missouri State University’s foundation as co-chair of the cyber subcommittee. Sanchez is also the Vice Chair of the Innovation and Technology Inclusion Council for the DC Mayor’s Office, leading ways to grow the District’s tech-economy in an inclusive manner and increase the number of jobs and high-technology businesses in the District.