Social Driver Awarded Regional Supplier of the Year by NMSDC 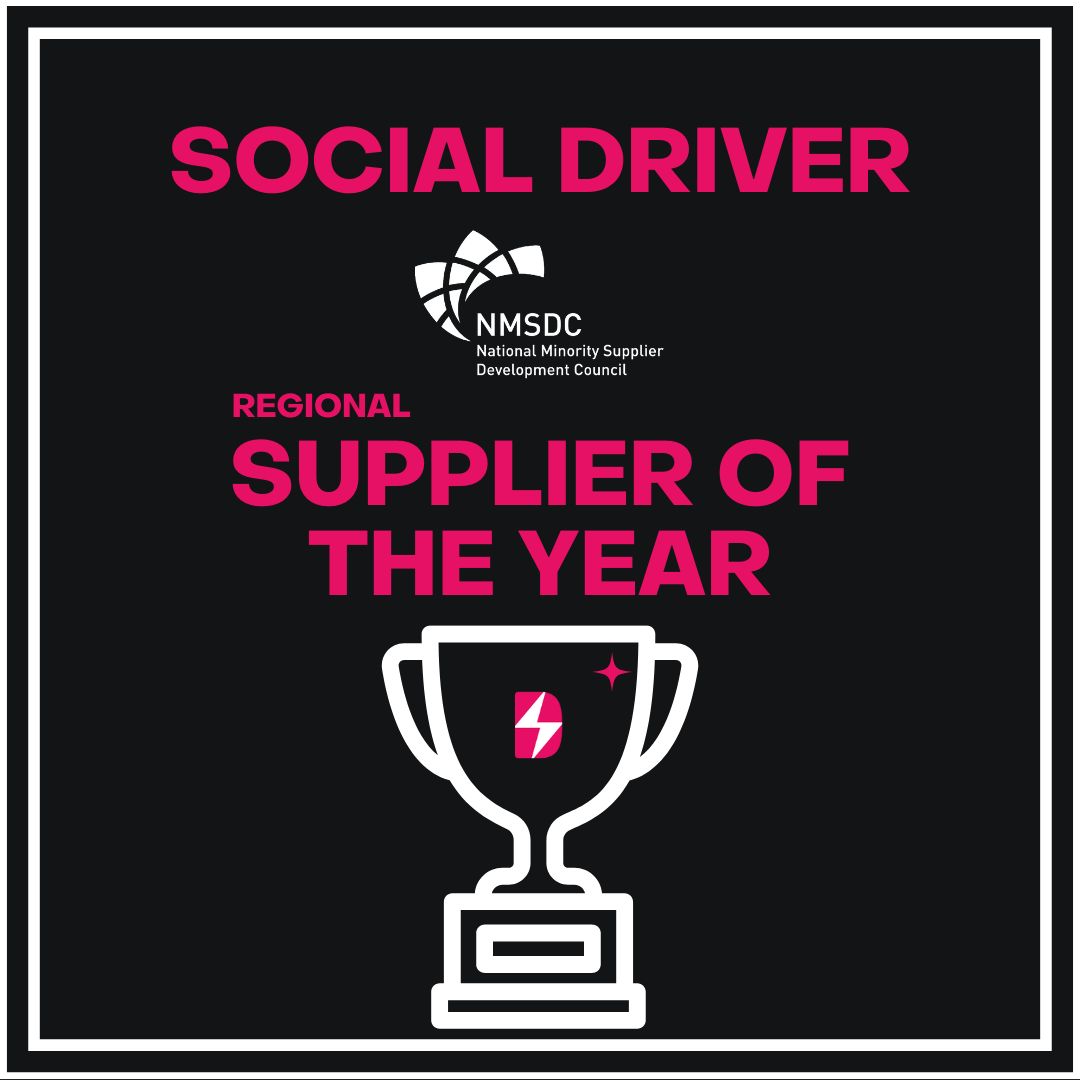 It is a tremendous honor to be nominated for Supplier of the Year. At Social Driver, we sincerely appreciate the recognition of our work and the opportunity to celebrate the impact of Minority-Owned Businesses.

As described by NMSDC, “Each year, at their National Annual Conference, NMSDC presents its prestigious “Supplier of the Year” Award(s) to recognize a select number of certified minority business enterprise (MBE) and their exemplary achievements in providing needed solutions to our corporate partners. This award is regarded as the most significant honor to an MBE because it recognizes Asian, Black, Hispanic, and Native American business enterprises for their business growth and development, operational success, support of other minority businesses, and active participation in the community.” Honorees, including Social Driver, are divided into subcategories based on annual revenue. Each year, one company from each class is named National Supplier of the Year.

For 2022, the NMSDC will announce these winners in New Orleans at their in-person conference. This year, the conference is also celebrating the 50th anniversary of NMSDC. If you are attending the NMSDC conference this year, please reach out at new@socialdriver.com!

From large corporations to impact-driven nonprofits, clients turn to Social Driver as a trusted strategic partner for digital and social media, branding, creativity, and content. The firm combines these areas of expertise with project management and customer service excellence. Headquartered in Washington, D.C., with locations across the United States, Social Driver brings a national presence and reputation to every client engagement.